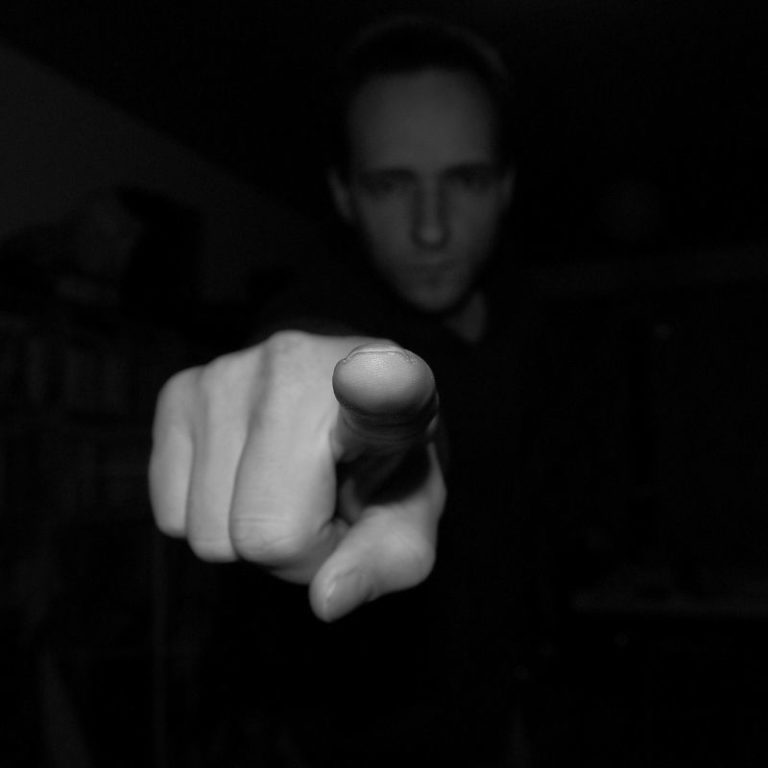 Whether you are a first-time RV owner or a seasoned RV driver, I assume – like me – you have the best time of your life driving around your RV.

However, as often with most things, with the sunshine comes the rain, and ultimately, we all end up in situations that we rather forget. For many, harassment is part of the RV experience and should be brushed under the rug. But I am a strong advocate for talking about it and raising awareness.

Be it harassment faced on the road or bullying at the campsite, I have faced it all. This blog post is dedicated to highlighting these issues and offering real solutions you can use!

Different Ways RVers Get Harassed on the Road: Solutions and Tips

Let’s clear one thing first: Harassment can be of many types. Most of the time, it is too subtle that many of us tend to ignore it. However, you must recognize common harassment signs and stand up for yourself.

The most common type of harassment is road rage, where petulant drivers can make your life miserable. You can be driving straight in your lane and not disturbing anyone, and then some random car owner will decide to make your life hell.

A few others will ask you to go faster even though a motorhome with a rig can only go so fast. This behavior is more common near cities when roads tend to become narrower.

These are the most common types of rude and rude behavior that I come across and that you, as an RV owner, should be aware of:

Solution: It is advised to ignore such incidences and focus on the road. However, as my friend likes to say, you are just one bad day away from a severe scuffle. If push comes to shove and someone is getting in your face, call the local law enforcement department to sort the issue out. Keep your doors locked, and don’t escalate the situation.

Extreme brake checking, tailgating, stalking, speeding, and other dangerous driving maneuvers are illegal due to reckless driving laws. Report these cases to the highway patrol.

All people on the road have a right to call public transportation officials or the law enforcement department to report harassment cases. Report the make, model, and color of the offending vehicle (a license plate is even better). Tell the highway patrol what road and mile marker you’re on.

It’s always recommended to do your research on such problems, so you know exactly what to do. Here are a few things you should know:

Pro-tip: A cell phone, video camera, or dashcam can be handy for collecting evidence against the perpetrator. Make sure your cellphone is charged, and you have a couple of extra batteries for your camera. Better yet, install a dashcam so you’re always prepared!

Nobody likes the red and blue light flashing behind their car, and it’s the same for RV owners. Getting pulled over can be cumbersome, especially if you have a long distance to cover before nightfall. Here are a few reasons cops might pull you over, even if you think you deserved an easy pass.

Solution: The number one thing to do when getting pulled over is to remain calm. You don’t need to be impolite towards the officer, even though you may think it’s a waste of time. Try to resolve the method mutually, accept a ticket if you are in the wrong, and move on. And never forget title and registration for both your tow vehicle, your RV camper, any “toad” vehicles!

Pro-tip: If you sense something is off and the police officer is not letting you off the hook, you can always ask to speak to a senior officer. Remember, if your RV gets impounded for no major reason, you will lose your home, and it’s super expensive to get it back!

Know your rights: While the rules of searching an RV by a police officer vary from region to region, a few important things remain common. If you are crossing an international border, police have the right to search your vehicle without asking for your permission.

With that said, in most cases, a police officer can only search your RV if they have a warrant, probable cause, or when arresting the driver or ceasing the vehicle. Therefore, it is advised to always look up your rights as an RV owner according to the region you’re passing through.

Guns and alcohol can cause major problems if you get pulled over.

Some drivers tend to believe that full-time RV owners are not legit people. I have noticed this behavior often where many drivers assume that RV owners are just living off of an RV because they can’t afford a home.

This bias boils down to several problems for RV owners:

Personal Story: I once got a flat tire on the road and went to ask for help around the nearest home I could find. The person politely refused when I explained the whole situation, citing his distrust for RV owners. I had to then call for help to get my tire changed!

Solution:  I think the long-term solution would be to raise awareness about RV owners being legit adventurers on different platforms. For the present, try to interact with fellow drivers to convey that there’s nothing wrong with living in an RV! This is significantly useful for regions where the concept of RVing isn’t popular.

I often indulge in conversations with locals to educate them about RVing, and I have noticed a positive change with time. I advise you to do the same to make a positive impact.

Can I Get Harassed at a Campsite?

One of the best parts of being a full-time RV owner is the adventure that comes along with it. Finding unique campsites around different national parks and exploring these places is a great way to spend your time. Unfortunately, there have been some incidents of harassment even at the best campsites across the country.

Solution: Always research the RV park you have chosen to stay in. Scour local blogs, search for internet reviews, and most importantly, ask around fellow RV owners if they have stayed in the same park.

Pro-tip: I always call the RV park owner and ask him about the park and the amenities. This gives me a lot of insight into what to expect when I arrive! I also search about it on Reddit to gather helpful information. Furthermore, there are many Facebook community groups for vanlifers that you can explore and use to answer your queries. Look for campgrounds that are part of vetted camping networks, such as the Escapees RV Club and Good Sam.

There’s also an official agreement between the camper and the park owner. Make sure you read and agree to the details written on the agreement papers. If the park owner deviates from the agreement, you can always hold him accountable by contacting the departments that regulate these RV parks. But conversely, you’re also agreeing to the rules! So don’t sign blindly.

Another increasingly common case of harassment is intimidation by locals on public property such as national parks. Being concerned about your neighborhood is always appreciable, but it does not mean you harass RV owners camping on public property. There can be many ways that locals intimidate legit RV campers, such as:

Personal story: I experienced something similar when a local argued that the campsite I was on was a pristine area, and I was trashing it. I said that I always care for my surroundings and would never think about polluting, let alone do it! After an elaborate discussion, they decided to leave probably because I was not backing off, and they thought it was a waste of time!

Solution: Always be confident when you abide by the rules! Don’t lose your calm. Try to converse with them and get your point across politely. Show/give them evidence against their arguments if possible. With that said, if they still don’t back down, call the local PD, and explain your situation calmly.

Another huge issue that has surfaced recently is RV owners getting stalked. Many RV enthusiasts have reported being stalked by strangers, and it’s scary. Even though many campers ignore stalking as something not worth their time, it can quickly become serious. I have listed down a few common ways stalking usually occurs.

Personal story: A close friend of mine was harassed and stalked by a woman throughout his stay at a national park. The woman also took his photographs even though my friend asked her not to. It all became very weird, and he had to call the park owner to ask her to back down. When confronted by the owner, she argued she was just taking photographs of the RV as she’s an enthusiast herself. But when they checked her phone, most of the photographs were of my friend. How creepy is that?!

Solution: Always keep a close eye on your surroundings whenever you go camping. It is always advisable to network and be friendly with fellow campers but always define your boundaries. Also, ensure that you lock your trailer and don’t hesitate to report any weird incident to the authorities!

An RV camper has rights to privacy and safety. These rights are mentioned in detail in lease agreements if you’re camping at an RV park. Make sure you read the details of the agreement and know your rights. If needed, don’t shy away from calling the authorities at the park to hold the harasser accountable. RV park authorities are very serious about their image and always do their best when it comes to making their campers feel safe and protected.

Harassment can take many shapes and forms while driving on the road or relaxing at a campsite. You should always be on the lookout for anything that makes you uncomfortable. Don’t shy away from trusting your gut feeling regarding certain situations.

After reading through this blog post, I hope you feel more confident identifying most harassment that RVers face. Be calm and patient whenever faced by potential harassers, but always stand up to a bully for yourself – and fellow RV enthusiasts who will follow in your footsteps! Usama is a freelance SEO writer and a travel enthusiast. When not writing, Usama can be found reading a good book or munching on some sandwiches.

Guide to Camping Off-Grid with a CPAP Machine

15 DIY Mods to Stay Warm in Your RV This Winter

4 Strategies to Get Internet WiFi on the Road

For Humans, By Humans – Why This Is an AI-Free Blog