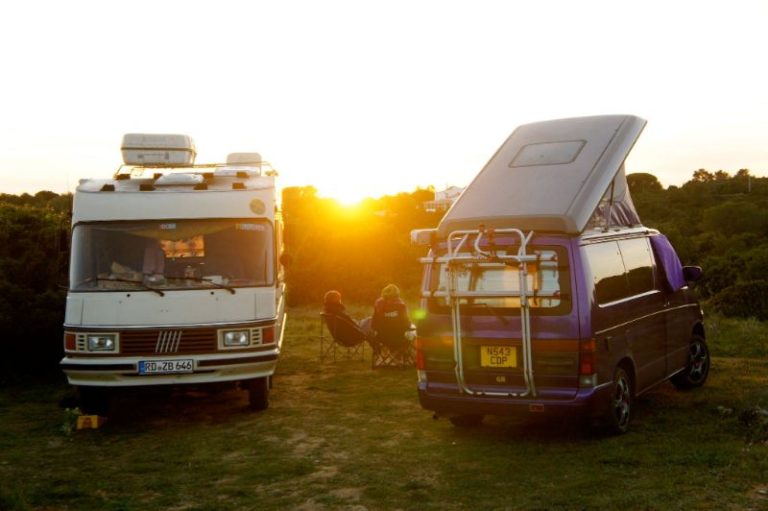 Covid has begun to taper off, encouraging most of us to get back out there and travel around. For me, lockdown caused me to reflect on the things I have always wanted to do, and travelling to other countries has been one of those outcomes. Although it may seem a bit daunting to leave the comforts of the USA, there is an entire world out there!

I spent close to 10 months travelling western Europe in my 1988 Hymmer B35 motorhome. I found there was a library of tips I wish I would have known before starting my journey!

Let’s cover some similarities and differences between travelling the USA and Europe in an RV! 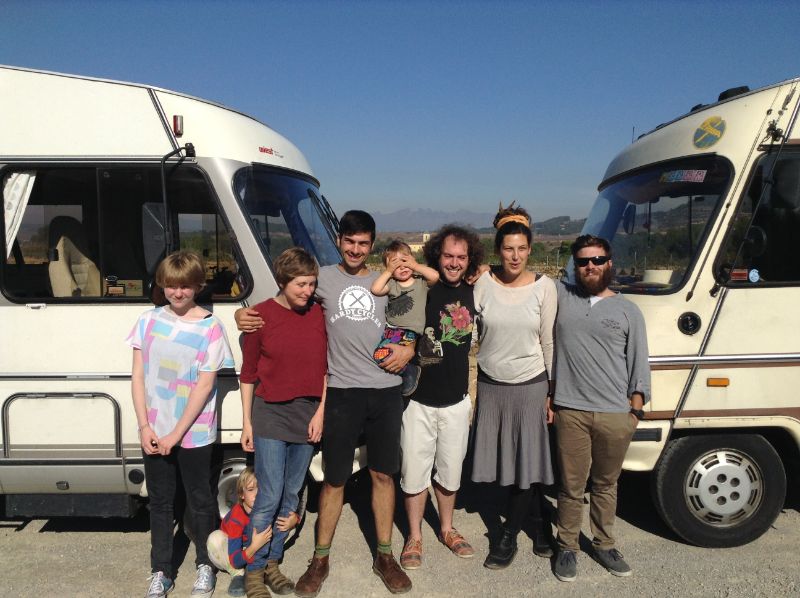 I think the biggest question is: Will my driver’s licence be valid and what are the different road laws compared to the USA?

Throughout the 26 countries that make up the Schengen zone, you will have a 6-month validity of your American licence. Fortunately, all countries in mainland Europe drive on the same side of the road as in the USA, so you don’t have to worry about having the steering wheel on the opposite side. 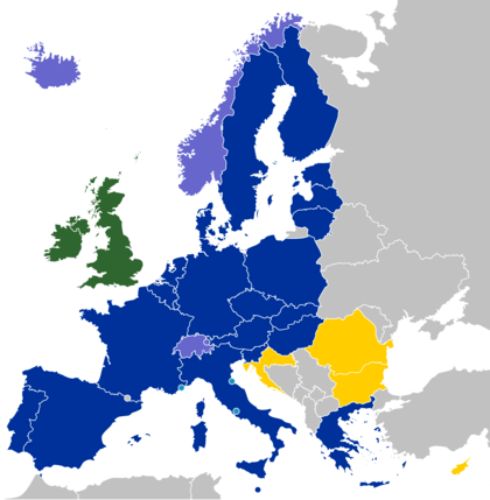 It is also important to take a quick glance at what the road signs mean and the differences in road markings. One example is there is no yellow line on the road, only white lines in different patterns signalling what’s allowed and what’s prohibited.

Another difference is that Europe uses the metric system, which I find a lot easier than the imperial system used in the USA. For Example, 100 centimetres equals 1 metre, 1000 metres equals 1 kilometre. And kilometres per hour is what you’ll find in your RV’s speedometer.

Tip: 100 kilometres per hour equals 60 miles per hour. The maximum speed in all European countries is 120 KPH (72 MPH), with the exception of Germany’s world-renowned “Autobahn” where there is often no speed limit.

In Europe, there is an international reciprocal law that is more or less translated to “Vehicle Safety Examination.” These stickers/stamps/seals can be found on your RV in various locations. Some countries have them on the licence plate; in others, a sticker on the windshield, or on the car’s registration papers. It is essential that before you rent/buy your RV, you check when your Vehicle Safety Examination has been done and when it will need to be renewed. Police look for this constantly!

Tip: All countries in Europe require you to have a reflective jacket and a triangle-shaped cone to place behind your car should you break down. You can be fined upwards of 500 Euros for not having this in your RV. You can get these at any gas station for around 10 Euros.

Tip: Germany is known for having the most well-kept vehicles. They also offer the best renting and buying options. You can also register yourself with ADHC which could be compared to AAA in the states. ADHC offers Europe-wide RV insurance that covers all types of incidences.

As I said before, your DL will be valid for 6 months. This seems a bit counterintuitive because the Schengen tourist visa is only valid for 3 months!

However, there are ways around this and tricks you can do to sneak around the Visa/DL requirements. This can be done by entering Schengen member countries and travelling to non-member countries while your visa renews over a 3 month period. You will need to do some trip planning to go back and forth between countries within the Schengen zone and take into account the time of year.

Tip: You don’t want to get stuck in the United Kingdom during the winter months!

If you are contracted with Verizon, AT&T or any other American cellular company, it will be extremely expensive for you to make or receive calls or texts. I got around this by keeping my phone on aeroplane mode for a few months.

Connecting to WiFi allowed me to get my personal emails and iMessages. Europeans mostly use WhatsApp which relies on cellular data/wifi (not SMS) to communicate.

It would be very easy to bring an extra phone over and get a European SIM card. I found Vodafone to be the easiest company due to its expansive coverage across Europe and cheap prepaid plans.

You will need to use your phone in certain parts of Europe where the RV’s built-in GPS doesn’t get reception. Italy, Portugal and the Czech Republic had some issues connecting to my built-in GPS. I opted to use Waze with mobile data on my Euro SIM card.

Tip: There are some great ways to connect with fellow Americans travelling. This includes Facebook groups such as “expats in Europe” or “Caravaning Europe.” There you can get updates on potential changes.

Tip: The Apps I used in Europe are “Park4Anight” and “CamperContact,” both have solid info and are user generated and updated.

Although there are many parallels between the USA and European countries, there are also many differences.

Here are a few other examples of interesting laws to know:

Tip: Throughout Europe, there are thousands of speed cameras. You will find them everywhere. I would suggest using the app “Waze” which will alert you when there is a speed camera or red light camera. 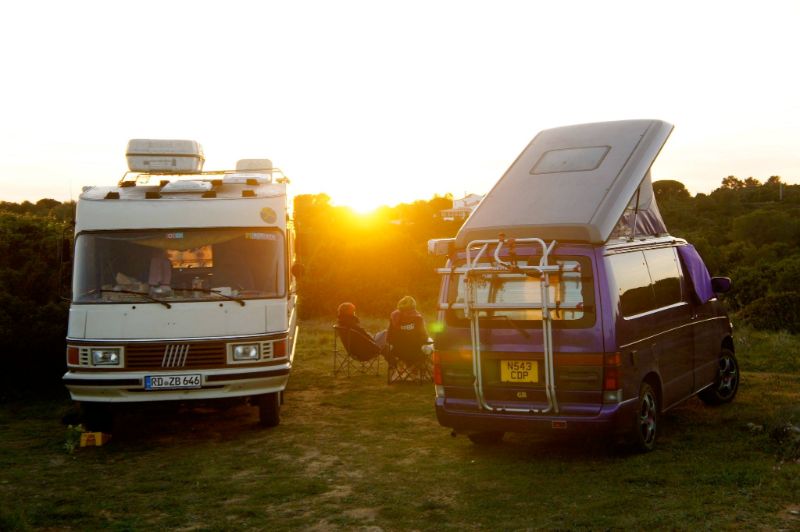 For all RVers, worldwide, there is an amazing feeling when you rock up to a campsite and set up your area. Just sit out in the sun, by the beach, and let the time pass by …

Just like in the states, I found that almost all RV travelers try to get to know each other. Even if you don’t speak the same language, there is always a common ground.

Common Misconceptions About RVing in Europe

Not everyone in Europe speaks English. While most of us see on TV or Youtube that all Europeans speak English, this is not the case. I would highly recommend getting “Google Translate” and downloading the languages for the countries you plan on visiting.

I experienced many language barrier difficulties, especially in Italy, France and Spain. Hardly anyone spoke English. So if you need directions or want something fixed, you will need your phone to translate.

When we think of Europe, we think of the Euro being the sole currency. Unfortunately, not all countries have chosen to use the Euro. For example, Poland uses the Polish Zloty (pronounced: slawtee). Switzerland, Turkey, Romania, Norway, Moldova, Hungary, Denmark, Croatia all have different currencies.

If you are planning to do a multi-country journey, take a few moments to make sure they are using the currency you are carrying. A great way to get around ATM fees is to use the service “Wise” formerly known as “transfer wise.” You can easily convert United States USD dollars to over 150 currencies, pay and withdraw without fees.

Most southern countries have yet to grasp the concept of vegetarian or vegan food. My wife, being a vegetarian, had a difficult time ordering food as it was being advertised as vegetarian, later to find out that Spain and Italy don’t consider fish meat.

This is the same for people who may have food allergies. You need to look at the ingredients and see if what you’re ordering has an allergen (this is where Google Translate will come in handy).

In Europe, most motor vehicles run on diesel. RVs are no exception.

Most countries in Europe have full-service gas stations, meaning someone will pump the gas for you. You need to make it extremely clear to the attendant which type of gas your RV needs. I met many people who were given the wrong gas because it wasn’t communicated properly and they needed to have their gas tank emptied before continuing. For instance, in Spain you have Gasoleo (diesel) and Gasolina (unleaded). Can you remember (and pronounce) the difference?

I had a friend ask me a while ago: “Does France really have upside down toilets?” I never knew what he meant by that, as if you are supposed to reverse the laws of gravity while in the bathroom, and only in France.

The short answer is: NO. France has normal toilets just like every other country in Europe. Yes, there are variations, but not too far off from American toilets.

The main design difference between American RVs and European RVs is the ones in Europe are much more compact. Therefore, the toilets in the RVs are portable; you will need to dump them at the designated black water sites.

So if you find yourself wondering where to go next, try Europe. I have lived here for 8 years. I love it here. There are so many different cultures, foods, and festivals to experience. Who knows, maybe you’ll end up staying, like me!

Bilingual Spanish and English writer. I lived in an RV for a year while traveling through Germany, Switzerland, Italy, France, Andorra, Spain, Portugal.

Guide to Camping Off-Grid with a CPAP Machine

15 DIY Mods to Stay Warm in Your RV This Winter

4 Strategies to Get Internet WiFi on the Road

For Humans, By Humans – Why This Is an AI-Free Blog

Here Are Your Options for Buying a Handicap-Accessible RV